Content strategy is a buzzword that people have been using the past few years, but what does it mean and why should organizations care? We can all agree that Web 2.0 technology and applications have changed how people use content. We can also agree that if content is not useful and easy to find, customers and users will move on. My paper considers how a technical communicator can transform content into a business asset by responding to the following questions:

Once the above questions are answered, my paper concludes with my own case study in understanding what is involved in a content strategy and some of the challenges faced when I converted my company’s FrameMaker files into DITA.

Prior to this class, I had never blogged. I kind of like it. I also learned that I hold my breath when I check my work email. 🙂

Emerging Media and the News

Given the recent news surrounding questionable deaths at the hands of the police in both Ferguson, MO and New York, NY, I chose to write my final about emerging medias impact on the way we receive our news.  Historically, it could have been days before the public was aware of the incidents, if it was reported at all.  I thought it was a worthy topic to explore and see if there were more benefits to breaking a socially important story than the negatives of having so many false rumors circulating before any evidence was released. 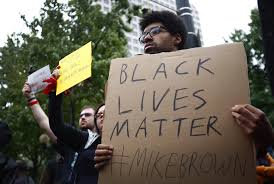 It was interesting to see find out that the news anchor, Walter Cronkite, was polled as the most trusted man in America at one time.  Today we view our news providers with a certain amount of distrust since most news received has a political spin on it one way or the other.

The most interesting fact I learned in my research proved a misconception I have held for the last few years.  I always thought that social media and the internet was a major source of news for most people.  On the contrary, over 60% of public still gets their news directly from dedicated news organizations.

Thank you to all my classmates and teacher.  Our class this semester was the most unique class I have ever taken, not to mention one of the most enjoyable.  Best of luck to everyone and I hope to see some of you next semester.

For workers, the Internet and its supporting technologies have changed the way businesses are run. With all the benefits, there are also drawbacks. The work/family borders can easily blur, as employees can be accessible throughout the entire waking hours, both during work and family times. This paper aims to analyze the expectations of digital technology, and specifically, how we define a successful work/family dynamic, best communication methods, and examples of planning for a vacation from technology. It also attempts to examine the broader implications of always being tethered to the workplace.

I chose to write my final paper about an issue that’s frustrated me for years, the basic lack of quality and accountability in online news site comment boards. It always felt like such a disconnect to me. Here we have reputable news sources, the format of which (a newspaper, let’s say) has evolved over about 600 years to really reach a pinnacle of social necessity in the mid- and late-20th Century. Journalism has evolved into a profession rooted in ethics and the pursuit of meaning and truth for the purpose of educating and informing the public. Pretty lofty and important concepts, for sure. And then the internet comes along and there’s an incredible opportunity for news outlets to distribute information to audiences never possible before and to actually engage with readers in real time. Twenty or so years after people really started turning to the internet for news, these interactions with the public have devolved into virtual places belonging to trolls and spammers, extremists of all kinds, bullies and liars, totally inconsistent with journalistic values of truth, fairness, accuracy and integrity.

Referencing the expansion of digital literacy described by Rheingold, I took a look at a variety of third-party comment systems designed specifically to improve the level of discourse in comment sections, finding many features and concepts in use that align much more closely to the goals of reputable news sources than the lawless site-run comment system can be. Facebook Comments is widely used, as well as Disqus as embeddable comment systems. IntenseDebate and Livefyre offer communities centered on sharing and commenting on news links, and some new platforms like Kinja and a yet-unnamed partnership between the Washington Post, New York Times and Mozilla offer promising ideas in encouraging true connectedness and interactivity between journalists, editors and commenters, what I believe will be the next step in online journalism.

Thanks everyone for your entertaining and informative posts and thought provoking comments during this semester! Have a wonderfully relaxing break and a successful Spring semester.

One of the aims of my final paper was to identify whether promoting a cause marketing campaign (Giving Tuesday) on social media platforms could increase web traffic to the campaign’s landing page on my company’s own website. In several studies of communication strategies, the effects across multiple platforms are examined. However, the focus of my final paper explains the Champions for Kids’ (a non-profit organization) campaign strategy for Giving Tuesday to engage employees in donating, promote materials on Facebook and drive traffic to the organizations landing page.

In my final paper, I first build on scholarship relating to social media and consumer behavior scholarship to identify digital platforms in cause marketing as a significant method of consideration for communication strategies. For the purposes of the paper, I limit the data findings to two platforms: a website landing page and a Facebook page. I find data to prove a correlation between social media posts on Facebook to drive landing page traffic and  the effects of cause marketing campaign in increasing a social media audience.

The digital divide and how technical communicators can help close it

My paper was inspired by my personal experiences from working in the mobile sales industry and encountering people from all types of different backgrounds that did not know how to use their mobile devices for basic functions. The main complaint I heard from each of these people is that the instruction manual that comes with the phone is not helpful. My paper discusses the vast differences in the technological skill levels of people and seeks to discover ways that technical communicators can improve or wholly change their methods to better help people master new and emerging technologies.

Web 2.0 and the Modern Workplace

My paper focuses on the changes Web 2.0 and social networking have brought to the modern workplace. Many employers have introduced various social networking platforms and software to enhance connectivity and productivity among the workforce. Benefits of these programs include facilitating open communication, compatibility with mobile devices for traveling workers, and allowing instant updates on progress and sales. Most of these programs and platforms can be customized to cater to each company’s unique needs, style and culture.

Although Web 2.0 and social networking offers employers undeniable benefits, it also has a downside. Companies may fall into the habit of imprisoning employees with mobile devices, and the convenience of impersonal communication could possibly shift the social dynamic. This paper will analyze the ways emerging media and digital technologies are changing our workplaces and social lives in the workplace. The pro’s and con’s of these technologies will be weighed, along with their potential long term effects on both companies and employees.